Time: in times to be confirmed for each student. Starting on Monday 10th at 8:30.

ANOTHER BIRTHDAY: THE SIMPSONS, 20 TODAY! 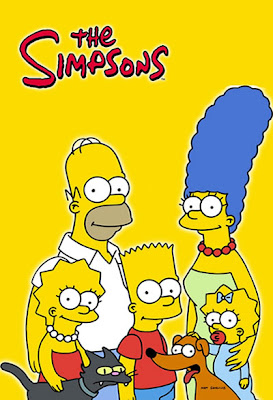 The Simpsons is an American animated television sitcom created by Matt Groening for the Fox Broadcasting Company. The series is a satirical parody of a middle class American lifestyle epitomized by its eponymous family, which consists of Homer, Marge, Bart, Lisa, and Maggie. The show is set in the fictional city of Springfield, and lampoons American culture, society, television and many aspects of the human condition.
The family was conceived by Groening shortly before a pitch for a series of animated shorts with the producer James L. Brooks. Groening created a dysfunctional family and named the characters after members of his own family, substituting Bart for his own name. The shorts became a part of The Tracey Ullman Show on April 19, 1987. After a three-season run, the sketch was developed into a half-hour prime time show and was an early hit for Fox.
Since its debut on December 17, 1989 the show has broadcast 449 episodes and the twenty-first season began airing on September 27, 2009.The Simpsons Movie, a feature-length film, was released in theaters worldwide on July 26 and July 27, 2007, and grossed US$527 million worldwide.
The Simpsons has won dozens of awards since it debuted as a series, including 25 Primetime Emmy Awards, 26 Annie Awards and a Peabody Award. Time magazine's December 31, 1999 issue named it the 20th century's best television series, and on January 14, 2000 the Simpson family was awarded a star on the Hollywood Walk of Fame. The Simpsons is the longest-running American sitcom, the longest-running American animated program, and in 2009 it became the longest American primetime entertainment series, and have influenced many adult-oriented animated sitcoms.
Publicado por RNT en 21:40 No comments: 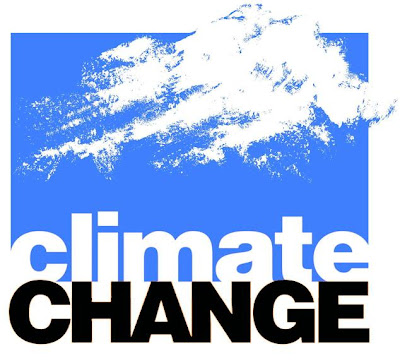 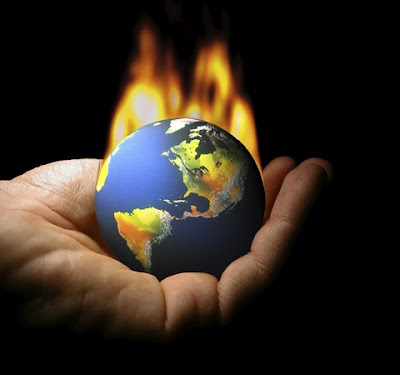 Factors that can shape climate are climate forcings. These include such processes as variations in solar radiation, deviations in the Earth's orbit, mountain-building and continental drift, and changes in greenhouse gas concentrations. There are a variety of climate change feedbacks that can either amplify or diminish the initial forcing. Some parts of the climate system, such as the oceans and ice caps, respond slowly in reaction to climate forcing because of their large mass. Therefore, the climate system can take centuries or longer to fully respond to new external forcings
Meanwhile the United Nations Climate Change Conference is being held at Copenhagen with little success in taking decisions as talks are at a deadlock. Below enclosed are diagrams, pictures and even jokes on the issue: 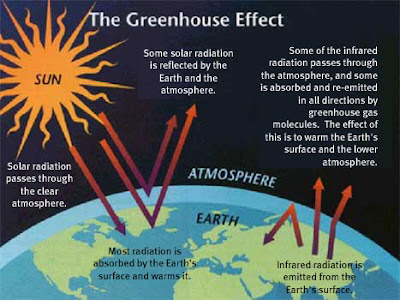 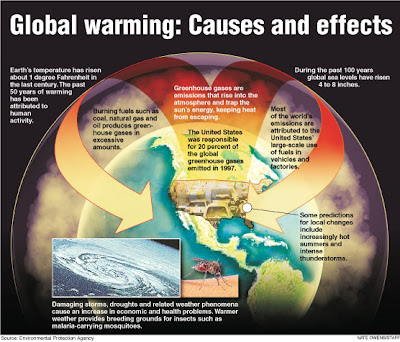 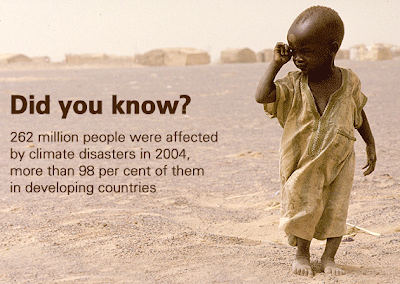 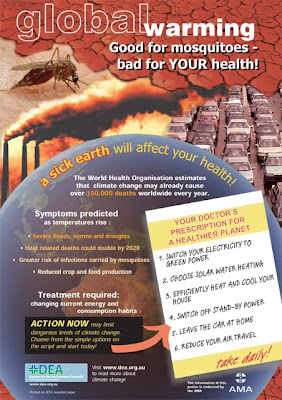 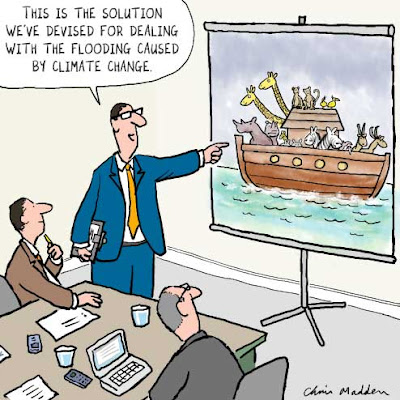 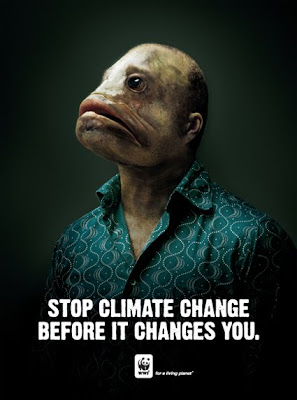 AMINATOU HAIDAR'S STORY UP TO HER HUNGER STRIKE 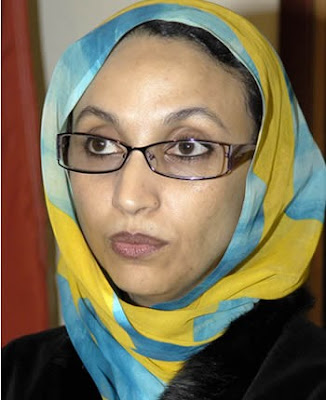 Born July 24, 1966 in the town of Tata, Morocco, Ms. Haidar studied modern literature and received her Bachelor's degree in Laayoune.
Because of her pro-Sahrawi ideology, she was persecuted by the Moroccan authorities on several occasions. In 1987, then aged 21, she participated (with 700 other people) in an event seeking a referendum for independence of the Sahara. She was taken into custody and sentenced to four years in prison.
In 2005, she was sentenced by Moroccan authorities to seven months in prison in Laayoune. Amnesty International, which sent an observer to identify any irregularities in the conditions and reasons for her detention, classified her as a prisoner of conscience. Members of Parliament have also launched an international campaign to release Ms. Haidar. It was signed by 178 members.
After more than a month of detention, Ms. Haidar was released in January 2006. Her release revived militancy among the pro-Sahrawi, which resulted in street demonstrations in Laayoune and among Sahrawi students at the University Cadi Ayyad of Marrakesh.
In August 2006, Haidar was denied a Moroccan passport for her two children.
Under the Equity and Reconciliation Commission (IER). Aminatou received 45,000 Euros in compensation from the Moroccan authorities when she presented herself as a Moroccan.
On November 13, 2009, returning from New York where she received a civic courage award from the Train Foundation, Ms. Haidar marked on her immigration form while entering Morocco that she was "resident in Western Sahara" and left the nationality section blank. She then argued with the customs who objected. She was then heard by an attorney and several witnesses of her own family, before whom she proclaimed herself a non-Moroccan by throwing her passport and identity card at the Moroccan official. She then decided to take a plane bound for Lanzarote, Canary Islands, where the flight had previously stopped. Despite having no passport, she persuaded the captain of the aircraft, pointing out her Spanish residency card. The captain was initially reluctant but finally received approval from Spanish authorities to board.
Once in Lanzarote airport in the Canary Islands, Ms. Haidar began a hunger strike.
Prizes: Given her activism on behalf of independence of Western Sahara, Ms. Haidar was nominated for several awards:
Juan Maria Bandrés (2006)
Solidar Silver Rose Award (2007)
RFK Human Rights Award (2008)
Civil Courage Award (2009)
Publicado por RNT en 13:08 No comments:

Email ThisBlogThis!Share to TwitterShare to FacebookShare to Pinterest
Etiquetas: News

"Bitter Sweet Symphony" is a song by English alternative rock band The Verve. It is the lead track on their third album Urban Hymns (1997). It was released on 16 June 1997 as the first single from the album, reaching number two on the UK Singles Chart.
The video for "Bitter Sweet Symphony" features Ashcroft lip-synching the song while walking down a busy street; Ashcroft refuses to change his stride or direction throughout, apparently oblivious to what is going on around him. He repeatedly bumps into passers-by (causing at least one to trip and fall), narrowly avoids being hit by a car, and jumps on top of the bonnet of another vehicle stopped in his path (the owner proceeds to shout at him while he seems to be unaware). At the end of the video, the rest of The Verve join Ashcroft, and the final shot sees them walking down the street into the distance.
Ashcroft starts walking from the southeast corner of the intersection of Hoxton and Falkirk Streets in Hoxton, north London, subsequently proceeding north along the east side of Hoxton Street. Hope you like it!
LINK: Video with English subtitles:
http://www.youtube.com/watch?v=24-YFCp1FXI
Video with Spanish translation:
Publicado por RNT en 22:40 No comments:

WISHING YOU ALL A...