2) COMPOUNDS: TWO WORDS TOGETHER MAKE UP A NEW WORD.
Example: "PARTS OF BODY" Compounds with HEAD-
- headlights: front lights of a car
- headlines: of a newspaper the lines that show the important news
- headstone: stone in a cementery with the information of the person buried
- headband: band that sportspersons wear around their head to keep their hair off their eyes
- headquarters: main offices of a company or organization
Can you find compound words with EYE, HAIR and FINGER? 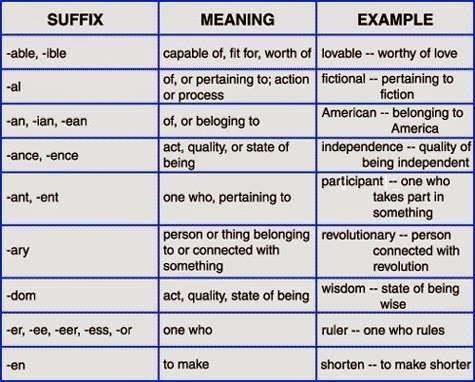 - Some common prefixes (some have a Latin origin): Look at their meanings and some examples for each:
UN-/IN-/IM-/IR-/DIS-/DE- = negative/opposite (unidentified, incorrect, impossible, irregular, dishonest, defrost)
ANTI- = not in favour, against (antisocial)
AUTO- = of oneself/one’s own (autobiography)
BI- = two (bilingual)
CO- together with (co-pilot, cooperate)
EX- = former/not anymore (ex-husband, ex-wife)
INTER- = between/among (international)
MICRO- = very small (microphone, microwave)
MIS- = wrong/incorrect (mistake)
MONO- = one (monolingual)
MULTI- = many (multilateral)
OVER- = too much (overweight)
POST- = after (postgraduate)
PRE- = before (predict)
PRO- =in favour of (pro-American)
RE- = again (redecorate)
SEMI- = half (semifinal)
SELF- = alone, on one’s own (selfconfidence)
SUB- = underneath (subtitle)
TRANS- = from one place to another (transatlantic)
UNDER- = not enough / underneath (undercook, underground) 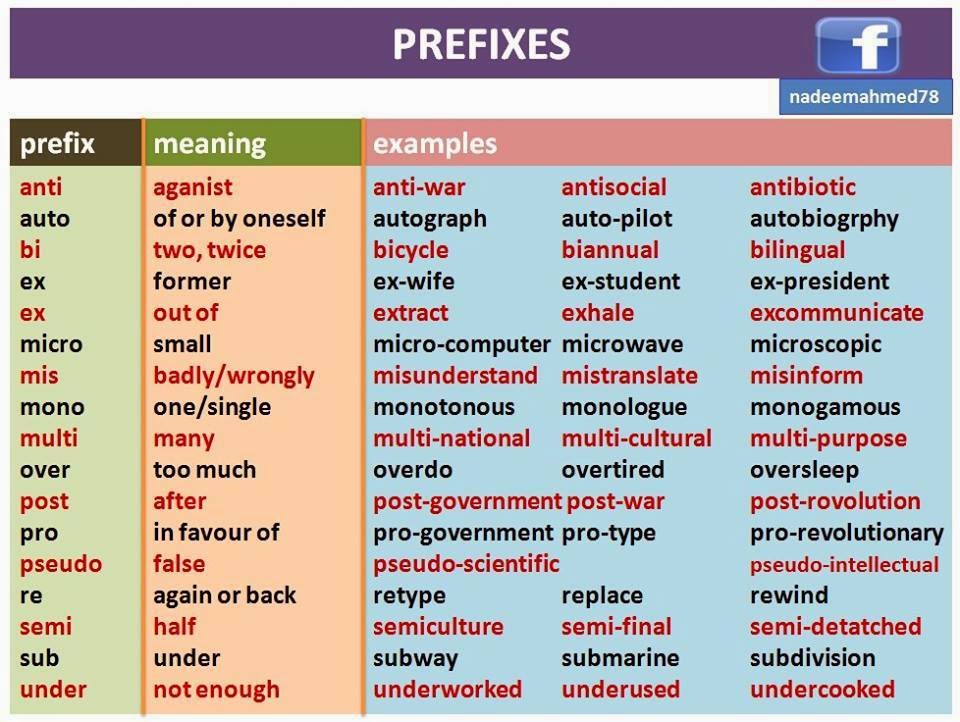