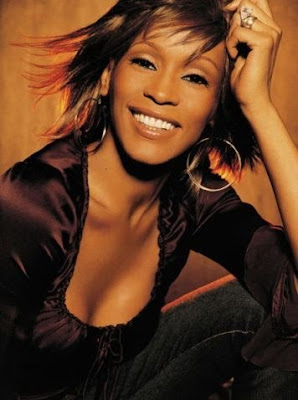 Whitney Houston (August 9, 1963 – February 11, 2012) was an American singer, actress, producer, and model. In 2009, the Guinness World Records cited her as the most-awarded female act of all time. Her list of awards includes two Emmy Awards, six Grammy Awards, 30 Billboard Music Awards, and 22 American Music Awards, among others.Houston was also one of the world's best-selling music artists, having sold over 170 million albums, singles and videos worldwide.


Inspired by prominent soul singers in her family, including her mother Cissy Houston, cousins Dionne Warwick and her godmother Aretha Franklin. Houston began singing with New Jersey church's junior gospel choir at age 11. After she began performing alongside her mother in night clubs in the New York City area, she was discovered by Arista Records label head Clive Davis.


Houston was the only artist to chart seven consecutive No. 1 Billboard Hot 100 hits. Houston's 1985 debut album "Whitney Houston" became the best-selling debut album by a female act at the time of its release. It was named Rolling Stone's best album of 1986.


Houston's first acting role was as the star of the feature film "The Bodyguard" (1992). The film's original soundtrack won the 1994 Grammy Award for Album of the Year. Its lead single "I Will Always Love You", became the best-selling single by a female artist in music history.


On February 11, 2012, Houston died of unknown causes at the Beverly Hilton Hotel in Beverly Hills, California. Here are the videos & lyrics to two of her all time greatest hits.


Video "I WANNA DANCE WITH SOMEBODY", Whitney Houston:


Lyrics | Whitney Houston lyrics - I Will Always Love You lyrics